To the delight of its millions of fans across the world, Star Wars: Episode VII – The Force Awakens is in the cinemas now, no doubt reeling in a whole new generation of fans as well as delighting the myriad people who first watched the original trilogy as kids.

To celebrate this momentous movie event, how about leaving something under the Christmas tree for the Star Wars fan in your life? No, we’re not talking children’s toys (well, maybe a few…). There’s enough cool Star Wars merchandise out there to fill a small moon. Best of all though, you can buy it all online, without the need to go to a galaxy far far away…

Add a Touch of Star Wars to Your Bedroom

If Star Wars figuratively lights up the life of your loved one, why not have it quite literally light it up too? This Star Wars 3D Light Yoda may come across as being a bit weird and creepy to some (it’s not Yoda’s fault he’s a mad little green thing!), but a piece of modern art to others. Alternatively, you could get your light from the dark side with this cute Darth Vader Look-Alite! 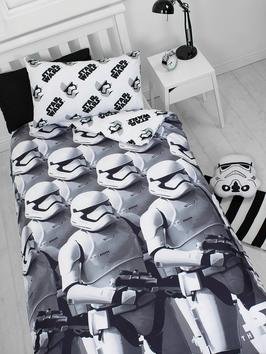 This next gift is probably better suited to those under the age of 18, or those of us who simply refuse to ‘grow up’. From the night of December 25th onwards, allow them (like you could stop them!) to snuggle up with some not-so-snuggly Stormtroopers with this Star Wars Reversible Duvet Cover or a full blown X-Wing Bed.

This matching Stormtrooper Cushion will add some extra cosyness to the set. And hey, why stop there! If you feel like going full Star Wars (some people say you should never go full Star Wars, but they’re wrong!), this insane looking AT-AT Bed Canopy will give the whole bedroom an otherworldly makeover. For anyone who has a significant other, just make sure that your other half is okay with having such an… interesting canopy above the bed (to be honest, if they can’t deal with that, they probably weren’t right for you in the first place)! 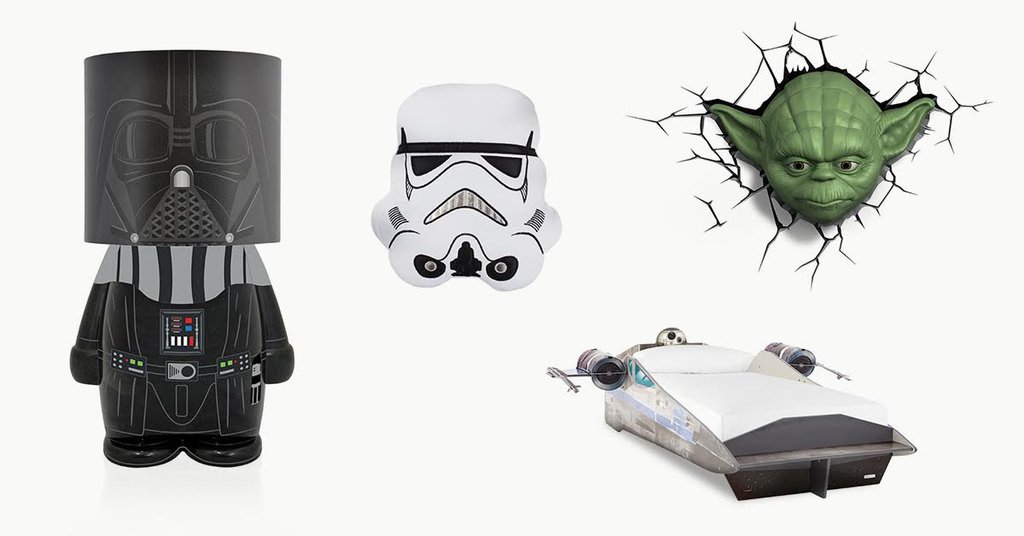 Even a Galactic Empire has Time for a Tea Break

After all that interior design, it will be high time for a cuppa! For a simple but extremely useful pressie, how about this 3D Darth Vader Mug? Okay let’s be honest, it’s not the most streamlined and simple mug, but at least you can make jokes about being able to feel the Force of your morning coffee’s caffeine? 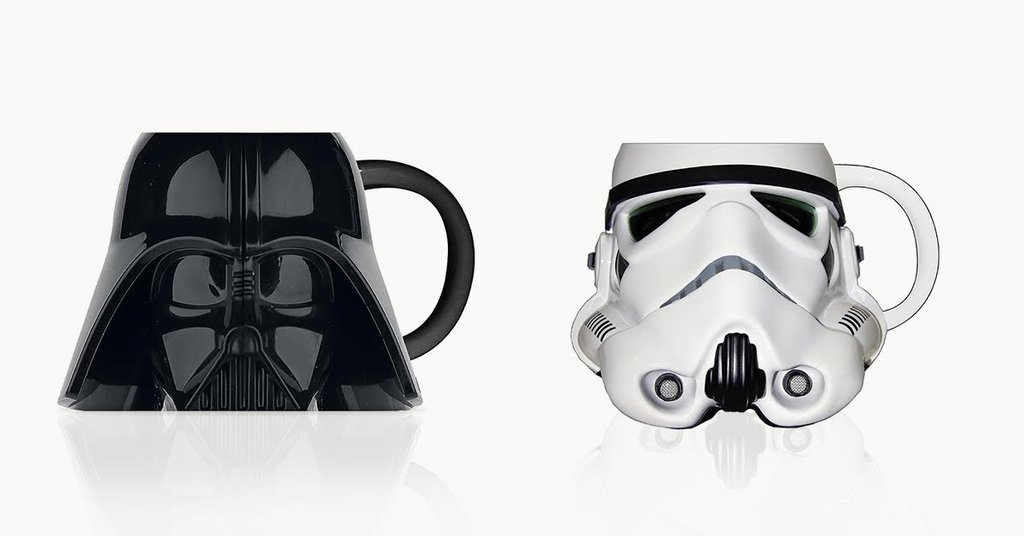 You can give Vader some company with the 3D Stormtrooper Mug. At just €13, these mugs make perfect Kris Kindle gifts for your workmates or stocking-stuffers for family members. Breakfast will never be the same again…

These ARE the Droids You’re Looking for…

Star Wars toys aren’t just for little kids, lots of ‘big kids’ love them too! Of course, these days a lot of people prefer to call such things ‘gadgets‘, but the outcome is the same; lots of giddy Star Wars themed fun!

The two big Star Wars gadgets for Christmas 2015 (and beyond!) are definitely the interactive BB8 Sphero Droid and the R2-D2 Glow Pal. Just like the droids from the movie itself, the toy versions are full of great personality and make wonderful sidekicks for your household adventures. Pair them up for the ultimate Christmas duel; who will win in the battle of droids, old and new?!

Sean is our go to guy when it comes to all things to do with movies, sci-fi, superheroes, video games, dinosaurs or just about anything that could be considered 'geeky'. He also claims to look good whilst wearing a waistcoat, but is just as likely to be seen wearing a cape.