It might seem early, I know, but now is the time to start gathering up all of those toys on your Christmas shopping list. You don’t want to run the risk of them selling out before you can get your hands on them, leaving you disappointed come December. And that’s before we mention how disappointed your little ones might be if they don’t get their little mitts on that one ‘must have’ toy that they really wanted.

So whether it’s transforming robots, Frozen toys or possibly even something more simple on their Christmas list, avoid the last minute panic and potential disappointment by starting to stock up now. Here are some of the most popular toys on the market that are anticipated to be the ‘big thing’ for Christmas 2015.

For little (and big!) kids obsessed with robots

For sci-fi fans of any age, this Star Wars BB8 Sphero Droid is the ultimate Christmas gift. It has all of the nostalgia of classic Star Wars memorabilia but with contemporary features that can be synced with a smartphone or tablet. The BB8 Droid will learn to recognise and react to your voice and will evolve and learn as you interact with it. Make no mistake, the BB8 Sphero will delight the old and young alike come Christmas morning!

Another super smart toy that your kids (and you!) will be amazed by is this very cheeky and funny i-Que Intelligent Robot. He retains information like a sponge, telling jokes and even challenging you to pit your smarts against his with his tricky quizes. Let’s just hope he ends up being on our side like Chappie, as opposed to Hal 9000 who was extremely unhelpful.

One robot who you can always count on to do good come Christmas is the heroic Autobot Optimus Prime (he’s been doing it since 1984). His latest incarnation sees him change from mighty robot to articulated truck in 3 easy steps, so even very young kids can transform him with ease (some had complained that some of the movie Transformers were overly complicated and difficult to transform) .

For girls and boys who love Frozen

Two years after the classic film’s release, Disney’s Frozen is still as popular as ever with the young ‘uns. Recreate the fun and magic of the film with the super-cool (sorry for the pun!) remote-controlled Frozen Princess Elsa Ice Skater. And for something just as whimsical, check out this Sing-a-Long Elsa Doll which allows your kids (or you for that matter!) perform a duet with Elsa herself! Both of these dolls sing the hit tune from the movie, ‘Let It Go’. You know, just in case you hadn’t heard it enough times already! 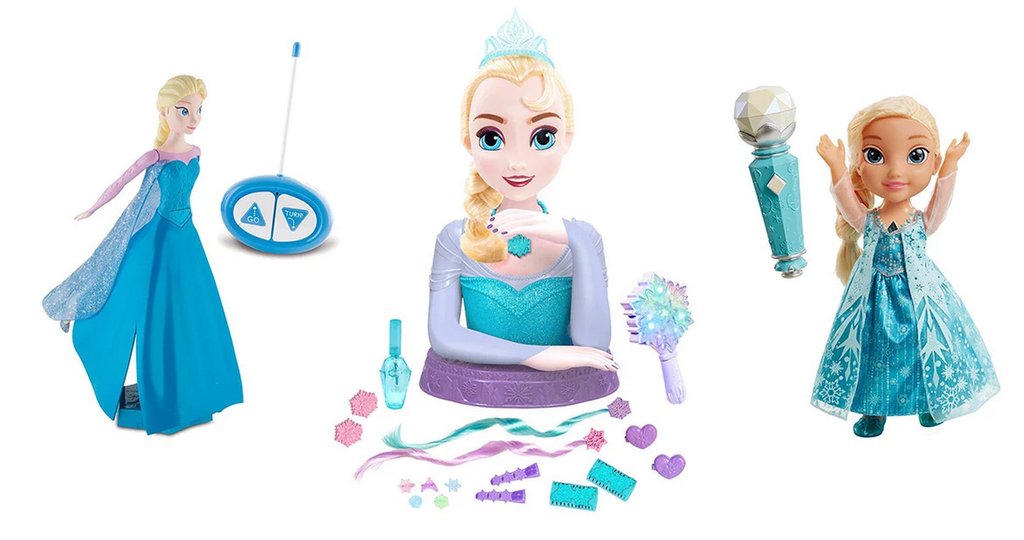 For something a little bit different, but still very Frozen, try the Deluxe Frozen Musical Styling Head, an interactive toy which can be made over again and again. Your kids will be setting up their own Disney themed beauty salon fin no time!

And for the littlest ones…

For smaller children, or even those with simpler tastes, opt for something a little less high-tech and a little more snuggly. Littlewoods Ireland have a huge selection of Peppa Pig Toys, but  if you ask me the best of them is the Once Upon A Time Princess Rose Peppa makes for a lovely gift for children of all ages. Press her hands and the lovely Peppa will sing you a song while you cuddle up to her. 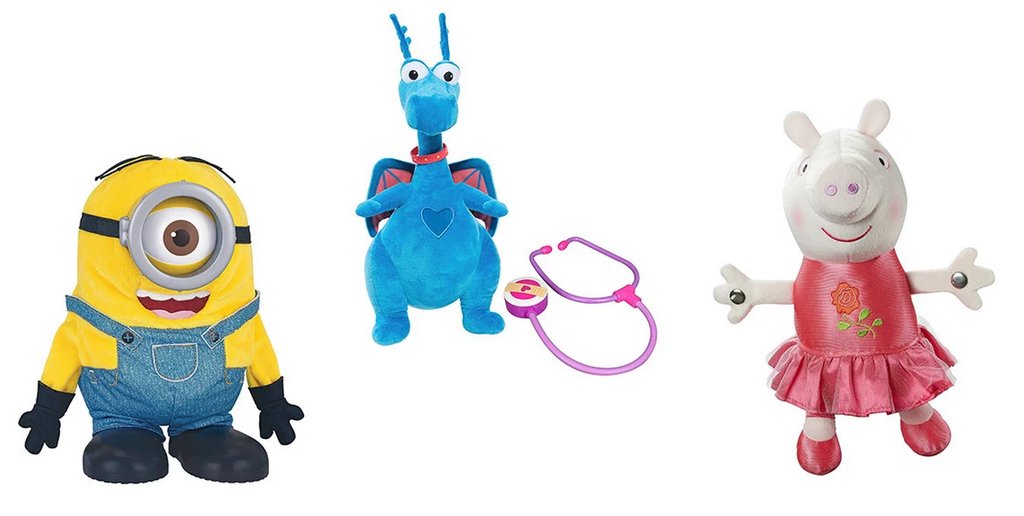 And for kids (and, let’s be honest here, adults!) who are obsessed with Minions toys, treat them to this fun Minions Plush Tumblin Stuart who repeatedly falls around the place and picks himself back up gain like any self-respecting Minion would!

Another fun singalong toy that kids will love waking up to on Christmas morning is this Doc McStuffins Hearts a Glow Stuffy. If you’re on the fence about another singing toy, just think of it as something to get your kids excited about science while also teaching them positive affirmations in the form of the groovy song “I Feel Better”.  You can’t say no to that!

Sean is our go to guy when it comes to all things to do with movies, sci-fi, superheroes, video games, dinosaurs or just about anything that could be considered 'geeky'. He also claims to look good whilst wearing a waistcoat, but is just as likely to be seen wearing a cape.

By clicking “Accept All Cookies”, you agree to the storing of cookies on your device to enhance site navigation, analyse site usage, and assist in our marketing efforts. The Littlewoods Ireland Blog collects cookies separately to LittlewoodsIreland.ie
Cookie settingsAccept all cookies
Manage consent

Any cookies that may not be particularly necessary for the website to function and is used specifically to collect user personal data via analytics, ads, other embedded contents are termed as non-necessary cookies. It is mandatory to procure user consent prior to running these cookies on your website.